SHADOW’S EDGE, the first book in Jami Gray’s amazing KYN KRONICLES urban fantasy series is FREE for a limited time! Make sure you grab your copy after reading on for an enticing excerpt.

“This fantastic paranormal action novel is quite possibly the best book I’ve read this year. I could not put it down, and had to exercise serious self-control to keep from staying up all night to finish it.” – The Romance Reviews, 5/5 stars

“This book has everything in it, you have your Fey, Demons, Witches/Wizards, and Shifters. What more could you ask for?! Plus you have a great story to follow. The story and characters flowed so well together, it was like watching a movie in my head! Book 2 here I come!!” – Paranormal Romance & Authors That Rock, 5/5 Fangs 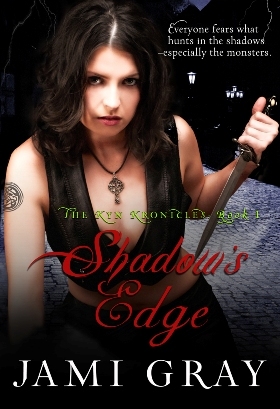 Everyone fears what hunts in the shadows—especially the monsters…

When the supernatural lurks in the shadows of the mundane, hunting monsters requires unique skills, like those of Raine McCord. A series of deaths threatens to reveal the Kyn community and forces her to partner with the sexy Gavin Durand.

As the trail leads to the foundation haunting Raine’s childhood, she and Gavin must unravel lies and betrayals to discover not only each other, but the emerging threat to them and the entire magical community.

They were passing two darkened buildings when the hushed sound of metal against cloth whispered through the air. It was followed by the soft sound of water squelching under a foot.

She didn’t falter, and neither did Gavin. A couple of steps more and she had both wrist blades in her hands. The black coated blades blended into her own dark garments, their silver runes turned in toward her body so no light would reflect off them. She shot a look at Gavin and saw his hand down by his thigh, a long darkened blade tucked close to his leg. She’d have to remember to ask where he kept that thing.

His free hand made a series of short motions. She gave a tiny nod to let him know she understood. At the next dark opening, they would turn a corner, and she would fade into the shadows to wait. The plan was to let the mystery stalker turn the corner and continue to follow them before he realized one of them had disappeared. They were banking on the fact most people wouldn’t be able to see clearly in the inky darkness.

As they turned the corner, she made her move toward the shadows. Gavin continued forward. In just steps, both realized they weren’t alone in the alleyway. It seemed the bad guys were a bit more prepared than usual. Three more figures spread out from inside the alley. She spun around, putting her back to Gavin’s. She was slightly miffed when she saw that instead of one person, two individuals blocked the opening.

Damn, how had she missed the second one?

If you want to play in the shadows, continue the adventure with Jami Gray’s Kyn Kronicles: 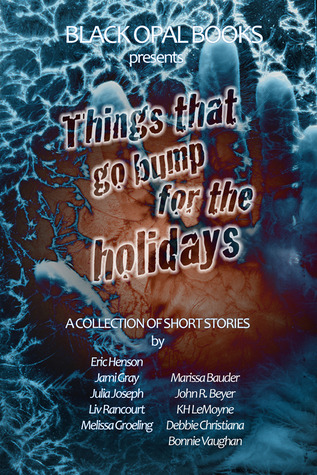 (Things That Go Bump For The Holidays Anthology)

The magic of the holidays can be hell…

Celebrations abound during the holidays, but this Christmas an engagement celebration goes horrifically wrong.  What appears to be a simple murder/suicide hides a vicious surprise. The type of gift Raine and Gavin, elite member of the Kyn, didn’t want humans to unwrap, because revealing the monsters in the shadows isn’t the way to spread holiday cheer. 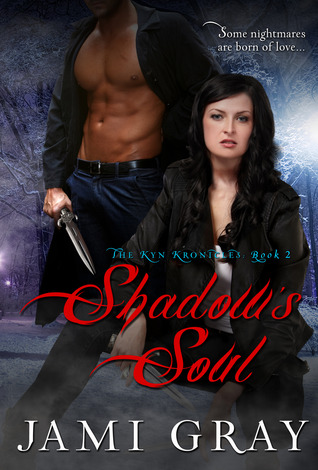 Some nightmares are born of love…

A simple assignment turns into a nightmare when Raine McCord follows Cheveyo to the Southwest on a consulting gig. When the most feared beings of the Kyn kidnaps Cheveyo and leaves Raine for dead, her ability to heal her mind and spirit hinges on the one man who can touch her soul, Gavin Durand.

Unraveling the Southwest Kyn’s web of secrets and hidden vendettas will either bring them together or tear them apart forever. 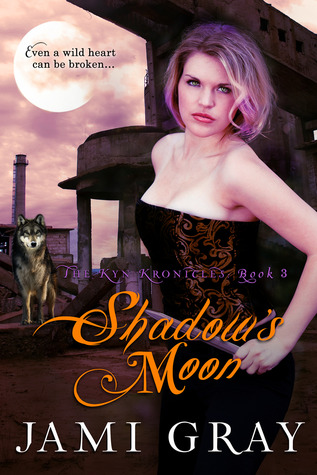 Even wild hearts can be broken…

Tracker, Xander Cade, confronts an enraged Shifter in a crowded human nightclub, fraying the thin secrecy shielding the supernatural community from public scrutiny. Danger stalks the pack and she must protect her alpha and mate, Warrick Vidis, even if he doesn’t want it.

If they don’t find a way to trust each other and accept their rare bond they risk losing everything-their pack, their friends and each other. 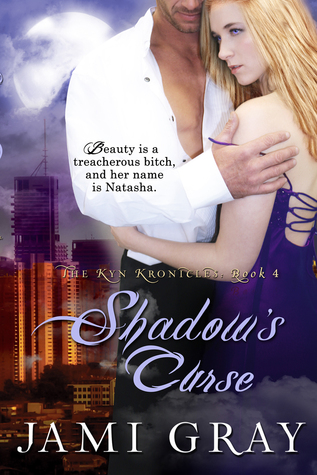 Death and chaos can devastate even the best-laid plans…

After tragedy strikes the Northwest Kyn, leaving the houses in chaos and the Wraiths hungry for blood, the fallout threatens Natasha Bertoi’s carefully laid plans. When the Council sends Darius Abazi, the one man guaranteed to skew the odds, she faces her toughest opponent yet.

As death stalks the Northwest Kyn, can Natasha trust Darius, a man well versed in subterfuge, to uncover the truth before treachery destroys them all?

A collection of Kyn shorts, including WRAPPED IN SHADOWS

Jami Gray is the award winning, multi-published author of the Urban Fantasy series, The Kyn Kronicles, and the Paranormal Romantic Suspense series, PSY-IV Teams. She can be soothed with coffee and chocolate. Surrounded by Star Wars obsessed males and two female labs moonlighting as the Fur Minxes, she escapes by playing with the voices in her head.

Come stalk Jami at any of these fine locations: